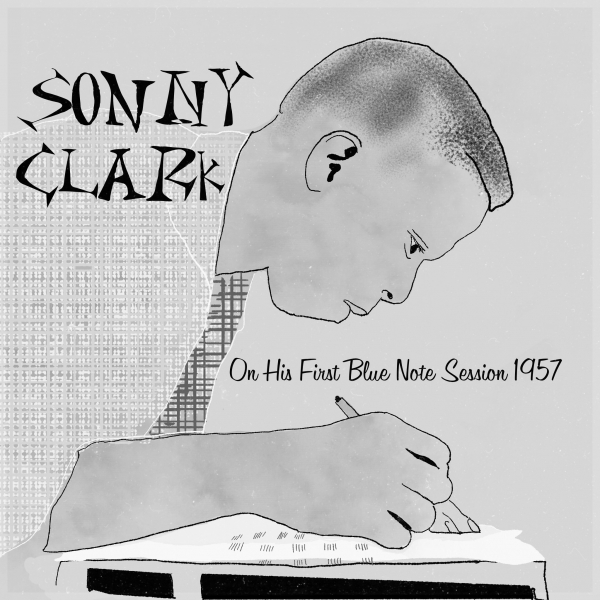 Years ago I was fortunate to be in touch with Tony Genge. He had written two books on jazz pianists I really like; Red Garland & Wynton Kelly, but they were not in print.  He kindly sent me copies and I have returned to them regularly as sources of inspiration.  I thought it would be good to do something similar for Sonny Clark.

I had already taken down some solos but my work in film and TV constantly pushed the project back.  I mentioned my long term goal to bass player Dominic Howles in early 2019 and he said that Nick Tomalin ( his go to pianist) had written a blog on Sonny which I read and enjoyed. I had been watching the video version of " You'll hear it",a daily jazz podcast from Open Studio Jazz,  in which Adam Maness & Peter Martin discuss a topic for about 10 mins and thought Nick and I could perhaps do something similar on  Sonny Clark.

He agreed it was a good idea and we met to discuss it.  We realised that we would be more likely to achieve this with a joint effort and a limited run of podcasts.  We met at Dominic's birthday gathering in October 2019 and I suggested the idea of 2-5-1 Two Pianists, Five podcasts, One Subject, with the obvious resonance with the well known jazz progression.

Just before the Corona virus lock down we met to firm up plans. In the light of the social distancing we ended up doing episode one remotely.  I have to thank the media composers Garth Davies & Dan Watts whose "Making a Soundtrack" podcast, on which I appeared,  made it possible to chat to folk I know who achieved success with a podcast and could give guidance.  Nick and I seem to have a good mix of overlap but with enough outside the Venn diagram to make our conversations interesting and we are both learning small nuggets from each other.

Like many people I have been enjoying Sonny Clark without really thinking about it.  I guess my way in was a period of time where I focussed on Dexter Gordon's blue note albums.  My favourite two albums are Go & A swinging Affair both of which have Sonny on piano and I have transcribed some Solos from those albums. The first transcription I did was way back, Sonny's solo on all the things you ar,  from " Blue Serge"  a  Serge Charloff album, which I found really compelling, energetic and logical.

Looking into his career further I haven't found a Sonny Clark recording I dislike. As we dig deeper I'm liking him more and more and I hope we can spread the word on this slightly under appreciated composer, sideman and leader.